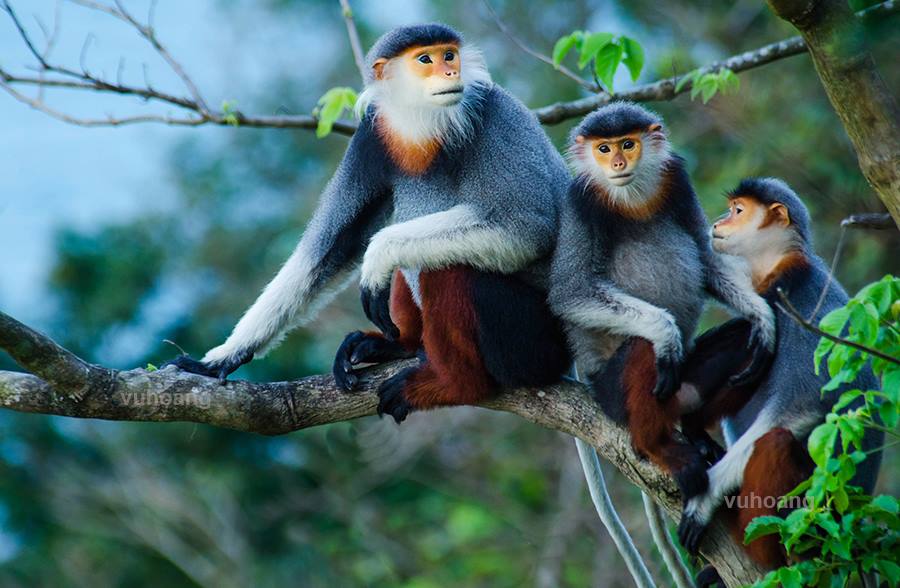 Son Tra Penisula is a rare place in Vietnam where you can enjoy the beauty of the city, the forest and the sea. Son Tra is also likened to a perfect painting having wide sea with whitecaps, clouds on the top of the mountain and interminable forest. This wild forest is the house for many rare flora and fauna species listed in the Vietnam Red Book as well as in the list of the World Association for Nature. Among them, Son Tra Peninsula is lucky to be the house for Red-shanked Douc – “World Natural Heritage”.

GreenViet, a Vietnamese animal rights group founded in 2012, has been dedicated to conducting research and raising people’s awareness of the biodiversity in the central region and the Central Highlands, particularly the Red-shanked Doucs calling Son Tra Peninsula home. This is one of the stories about them, in protecting the treasure of Da Nang: The Red-shanked Douc at Son Tra Penisula 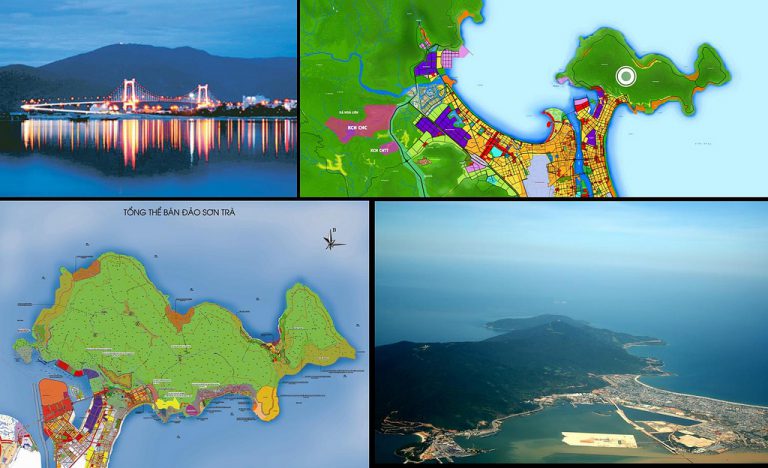 Endangered specie next to a city

Meet a family of Red-shanked Douc, they don’t know that they were classified as endangered species in the Red list of International Union for Conservation of Nature (UNIC) which means High risk of extinction in the wild. Their populations aren’t any exact number of wild Red-shanked Douc as they live deeply inside the forests of Laos, Vietnam and Cambodia but some recent researches showed that they are around 1 thousand wild individuals in Viet Nam and 300 in Da Nang, nearly 1/3 of the total number of Vietnam.

Son Tra Penisula was seen as one of the most special places with Red-shanked Douc researchers, Doucs in here have a great number in a small 60 km2 living area and easily to be watched as they aren’t sensitive with the human’s appearance. Furthermore, there are many cubs (babies) in the groups of Son Tra Red-shanked Douc, it is a really good sign because it means their communities are stably developing. And this is a first time when the animal scientists can have a long-term research about this endangered animal in their wildlife in the most convenient place, next to a city.

The Queen of Langurs

“The red-shanked douc (Pygathrix nemaeus) is a species of Old World monkey, among the most colourful of all primates. This monkey is sometimes called the “costumed ape” for its extravagant appearance. From its knees to its ankles it sports maroon-red “stockings”, and it appears to wear white forearm length gloves. Its attire is finished with black hands and feet. The golden face is framed by a white ruff, which is considerably fluffier in males. The eyelids are a soft powder blue. The tail is white with a triangle of white hair at the base. Males of all ages have a white spot on both sides of the corners of the rump patch, and red and white genitals” – Wikipedia 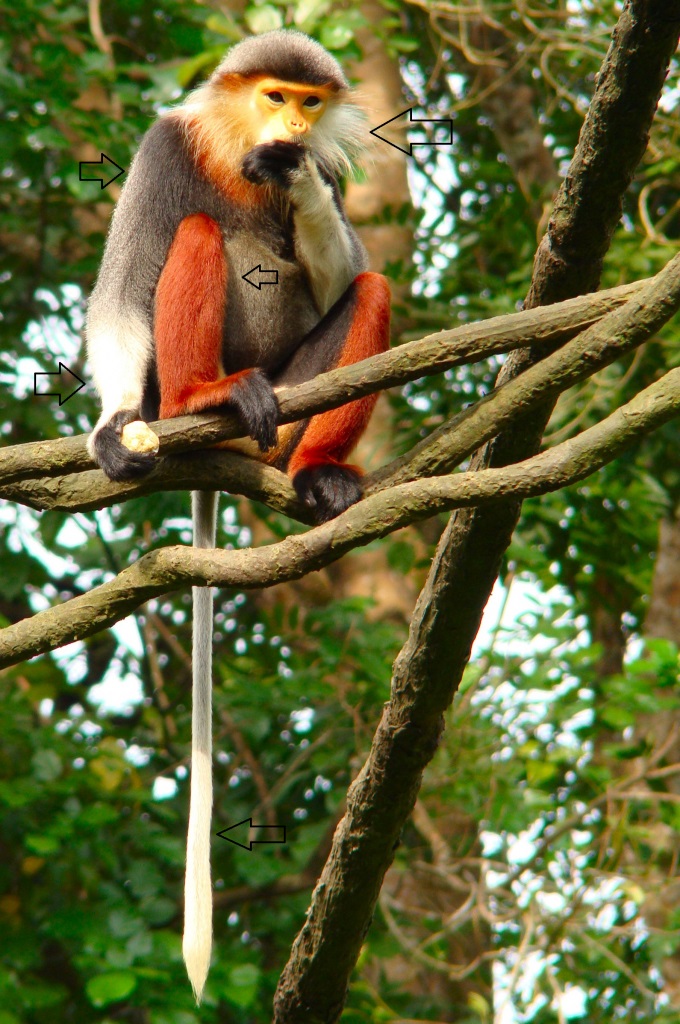 Name as “5 Colors Douc”, “Queen of the Douc” or “Re-shanked Douc”, the Douc of Son Tra are the most colorful langur specie in the world. A family of Douc usually has 5-10 members but some 50 members group was recorded in Laos. They usually are lead by a male and he is the only one who can do the breeding with the female in the group, the other males will compete with the leader to get his position and if they fail, they gonna join the other males in a whole male group to wait for their chance.

See the Red-shanked douc by your own eyes

GreenViet – the not-for-profit and only organization in Da Nang is working professionally to protect the Red-shanked Douc. GreenViet is focusing on protecting Son Tra Nature Reserve. One of their program is saving the population of the Red-shanked douc langur in Son Tra, as a flag-ship species to raise participation of local community in protecting their nature resources. Once they can understand the value of the species, they will involve in protecting their forest. And they created a very special program to help you visit the Son Tra Mountain. GreenViet has also recently begun a ‘I love Son Tra journey’ program.

The I Love Son Tra journey was an initiative idea of GreenViet to create opportunity for Da Nang people and tourist to raise their awarness about Son Tra biodiversity and the Son Tra doucs. The program consists of a seminar at GreenViet office to learn about animals and plants in Son Tra, as well as its threats; and an observation tour in Son Tra to guide participants to see how the douc family communicate and act; at the end of the tour, the participants will spend their time to collect trash in Son Tra as a benefit to the Nature Reserve. And specially, your tour guide will be the real guardians who are watching them day by day to preserve their nature environment and raising the local awareness to find a long-term solution for their surviving.

If you are interested to explore Red-shanked Douc, you can take part in Full Day Photography Tour of Red-shanked Douc Langur or Son Tra Wildlife Half Day Trek. Of course, you are also discovered the diversity of other flora and fauna in the tropical forest.

Experience Da Nang and Beyond