Nowadays, Han River has many bridges connecting the two banks. One of them is Nguyen Van Troi Bridge which was the first bridge built on the banks of the river. The historical bridge, the bridge of time associated with the years of brilliant development of Da Nang city. 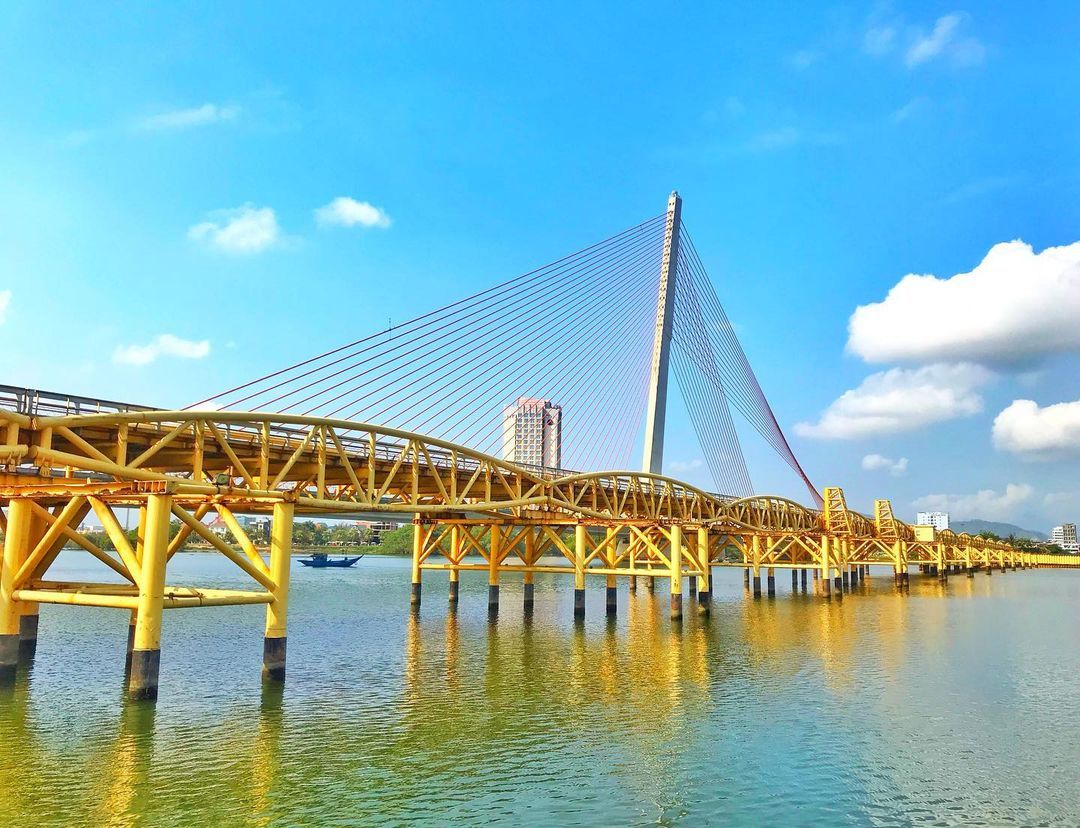 This bridge, now called Nguyen Van Troi Bridge, was built by an US contractor RMK in 1965, apparently to serve the US war effort in Vietnam. It connects the downtown urban core of Da Nang with the narrow strip of land that runs between the Han River and the beach area to the east of downtown. 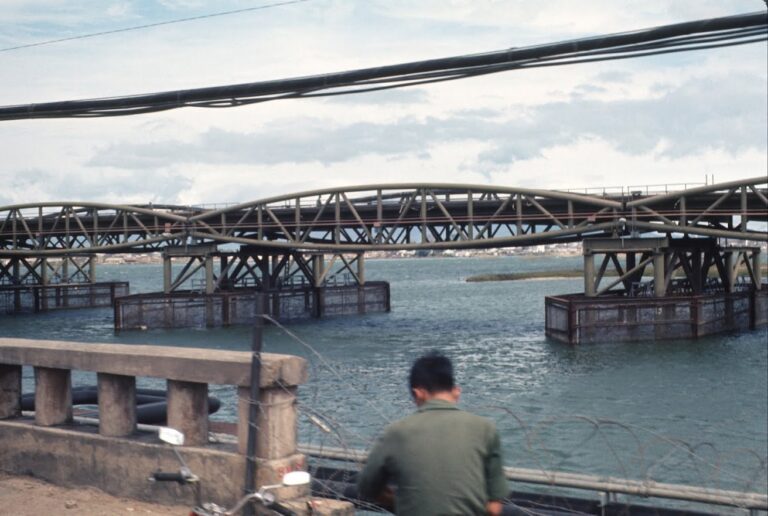 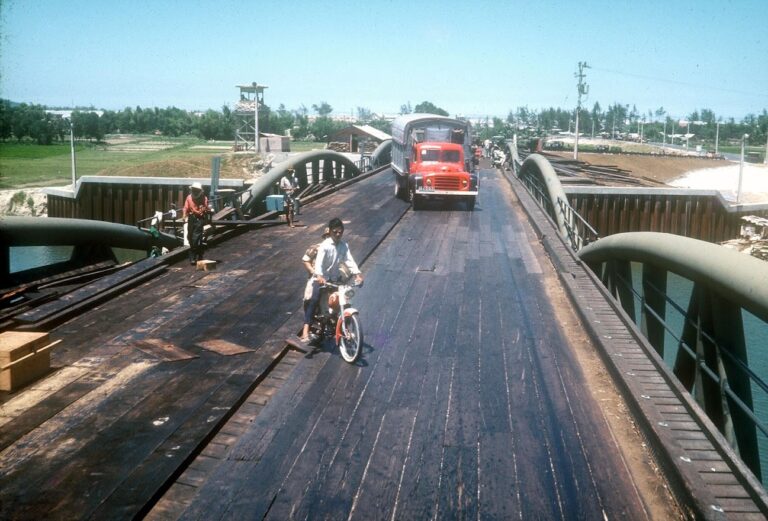 The bridge was named Nguyen Van Troi in honor of Quang Nam hero when the country was united. Before the Han River Bridge was put into operation in the year 2000, this bridge was promptly repaired to fulfill people’s transportation needs and served as an important road connecting the East and West banks of the Han River. 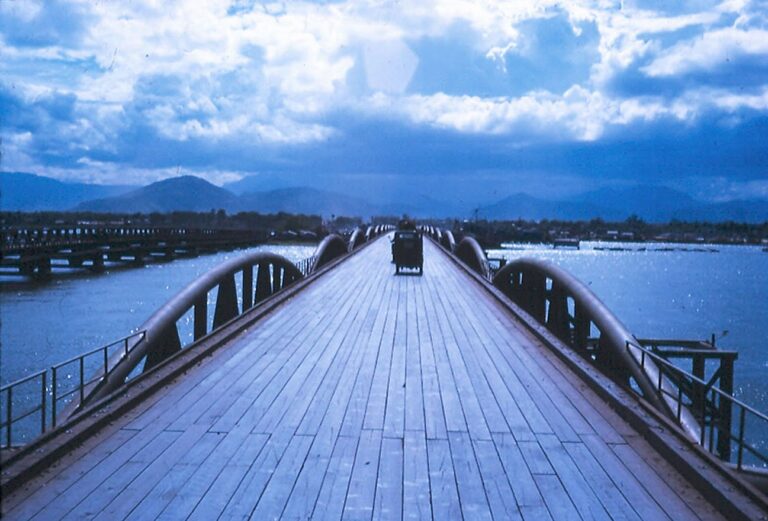 From a distance, Nguyen Van Troi bridge stands out on the Han River by its eye-catching yellow paint. This is also one of the few bridges with arch architecture made of steel poni truss in Vietnam. Nguyen Van Troi Bridge consists of 14 spans of Poni steel piles, with more than 513m long and 10.5m in width, without a pedestrian side. 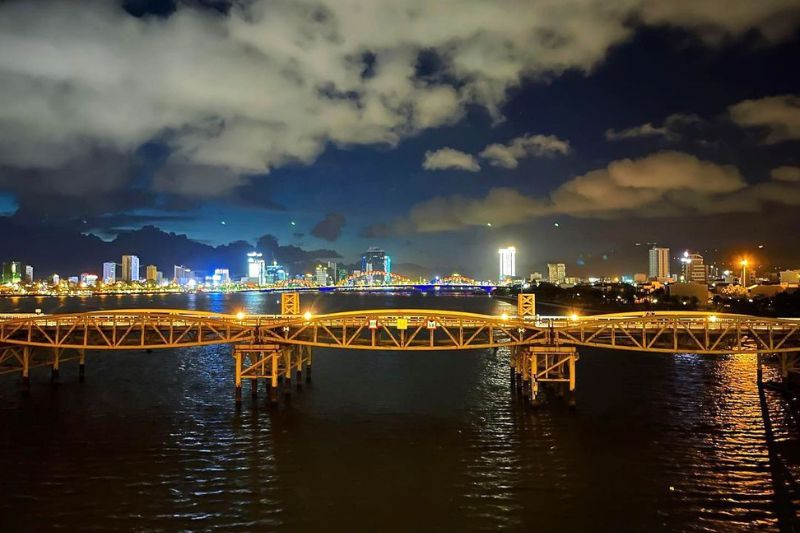 Since being completed and put into use, the Nguyen Van Troi bridge has undergone 2 restorations in 1978 and 1996 to reinforce the bridge deck with reinforced concrete. That special design has helped the bridge be raised for the boats below to travel.

Things to do at Nguyen Van Troi Bridge 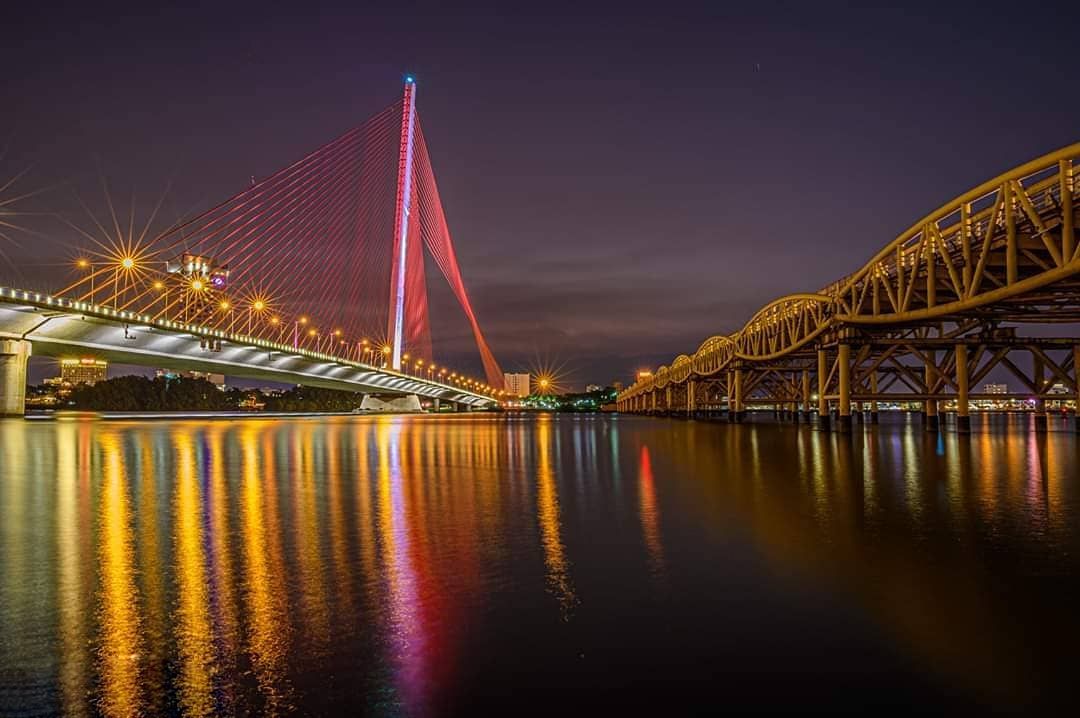 Standing on Nguyen Van Troi Bridge, you will have the opportunity to fully enjoy the dreamy, lyrical beauty of the Han River and watch the bustling banks. Besides, you can also admire many other outstanding works such as Dragon Bridge, Tran Thi Ly Bridge, Han River Bridge and even Sun Wheel (in Asia Park) – one of 5 largest wheels in the world. 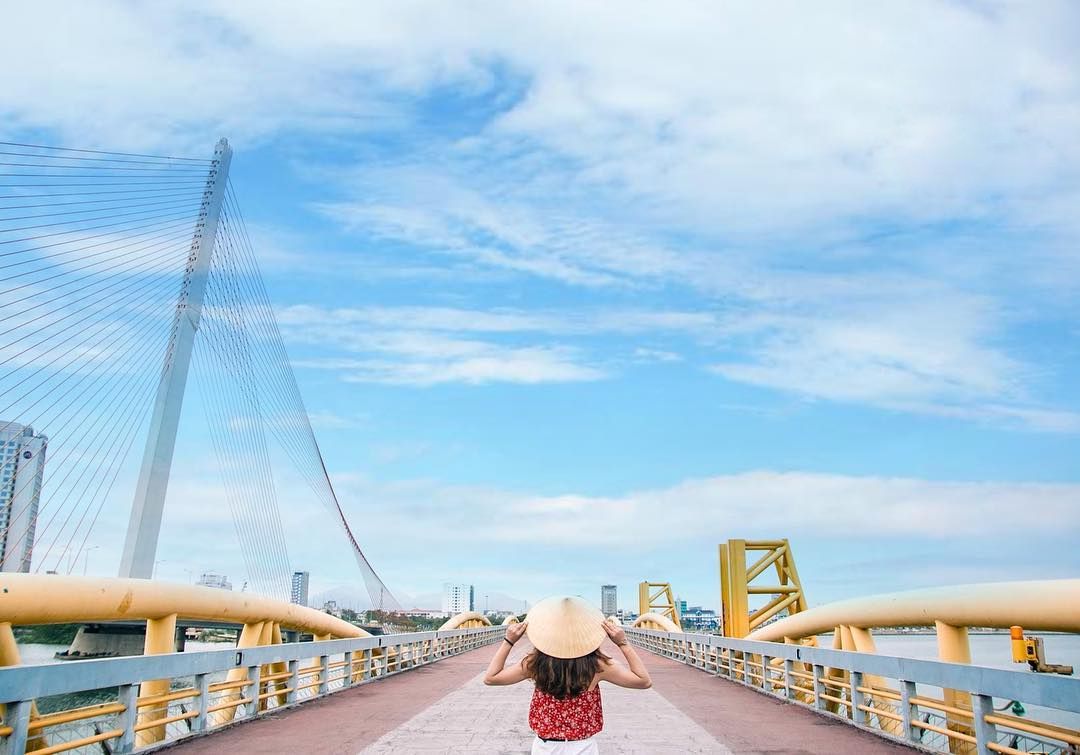 Han River now has many new, bigger, more modern, and beautiful bridges. But many tourists when coming to Da Nang still like to check-in at Nguyen Van Troi Bridge to find moments of peace and quiet in the heart of the city. This bridge is now imprinted with time, but it is still enough to hold many people. 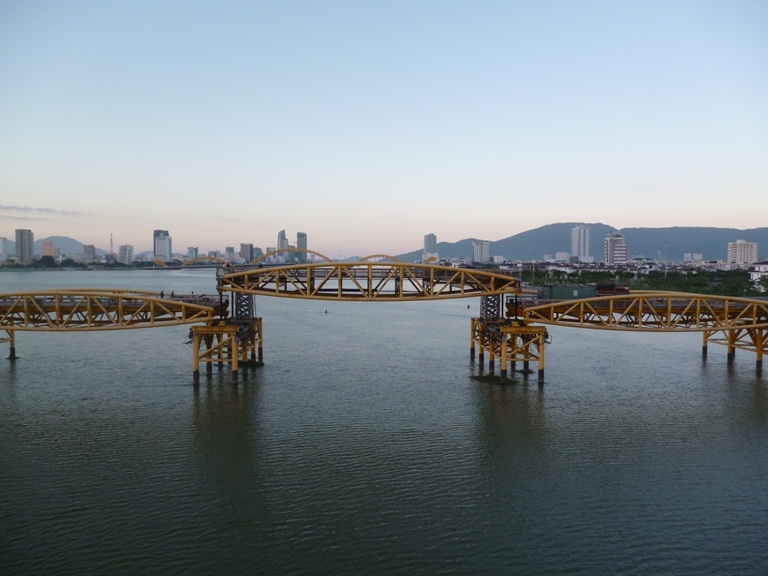 Getting to Nguyen Van Troi Bridge

If you want to visit the Nguyen Van Troi Bridge in Da Nang, finding the way here is very simple because the bridge is located right in the city center. Starting from Da Nang International Airport, you go along Duy Tan Street and then Tran Thi Ly Street for about 15 minutes to reach the bridge. 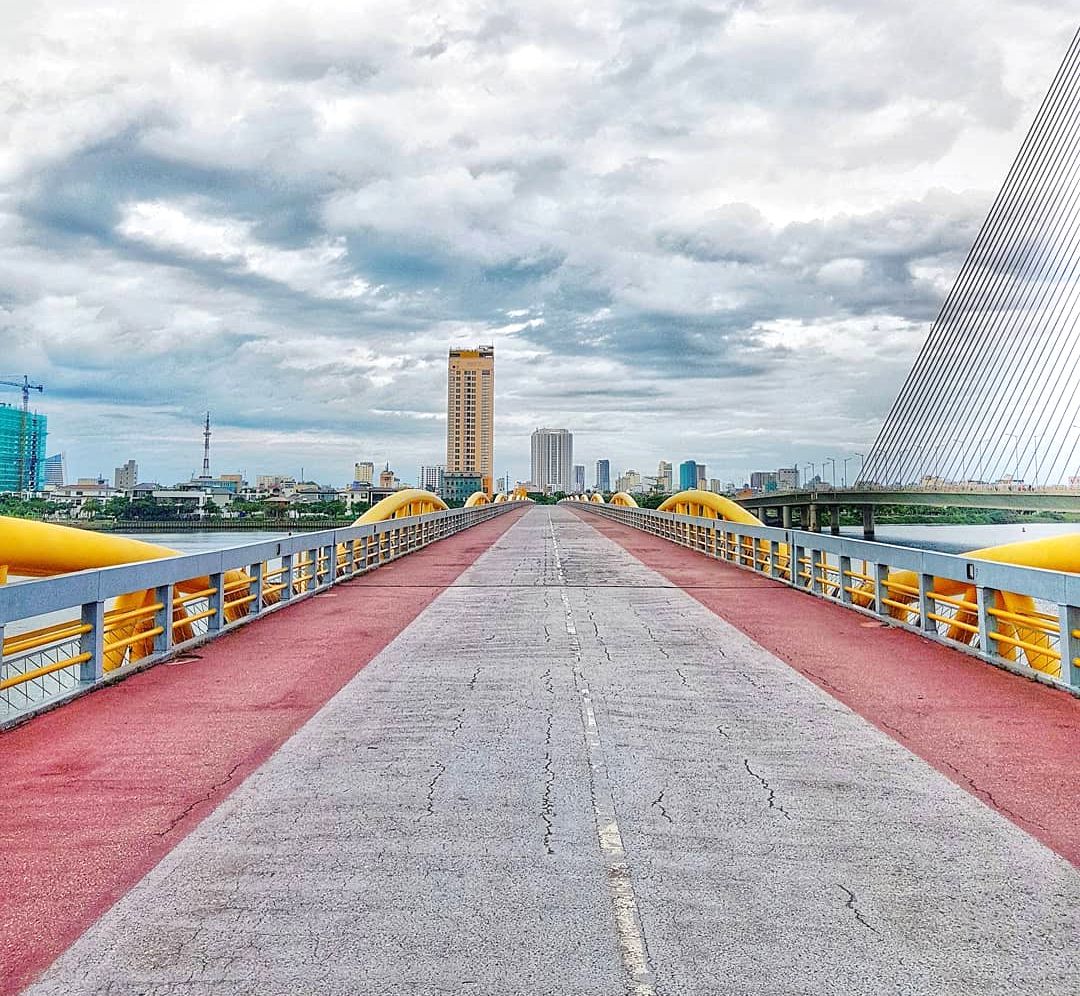 Da Nang is becoming more and more modern and dynamic, but not because of that, the polite values ​​are forgotten. The Nguyen Van Troi Bridge with over 60 years of age is still stalked there, contributing to adorn the beauty of peace, dreaming for this city.