About 15km Southwest of Da Nang, the Tuy Loan communal house is located in Hoa Vang District’s Hoa Phong Commune. It boasts beautiful scenery and the unique characteristics of a Vietnamese rural village.

The house dates back over 500 years to the time when Emperor Le Thanh Tong issued a royal proclamation to extend the country’s territory. A stele erected at the worshipping house of the village’s five families reveals that their five predecessors with the last names of Dang, Lam, Nguyen, Tran and Le together founded this village.

The house was initially built using bamboo trunks and leaves in 1470. In 1787, it was rebuilt in an ancient architectural style featuring a tiled roof and brick walls, but it was destroyed by fire in 1888.

Then, the communal house was rebuilt in 1890 under the reign of Emperor Thanh Thai. Despite the passing of so many centuries, the house still retains its inherent majesty.

The entrance gate to the Tuy Loan communal house which is located in an area of around 8,000m2.

Covering an area of over 110m2, the main house is in the left side of the gate and it has brick walls and a pantile roof.

A relief featuring an animal with feet and body of horse, and the head of dragon. 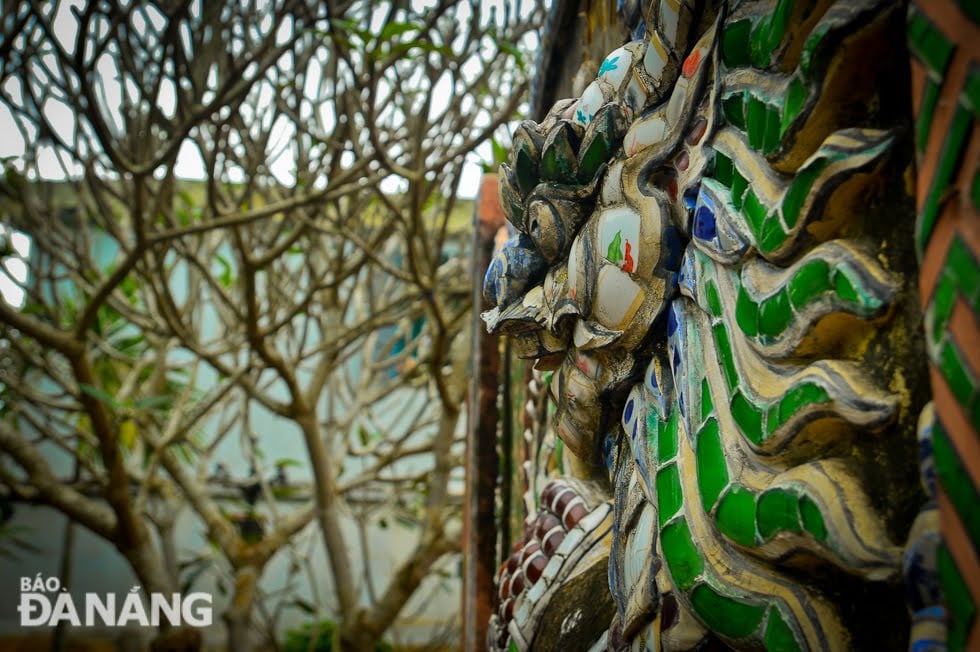 The image of the animal was embossed sophisticatedly. 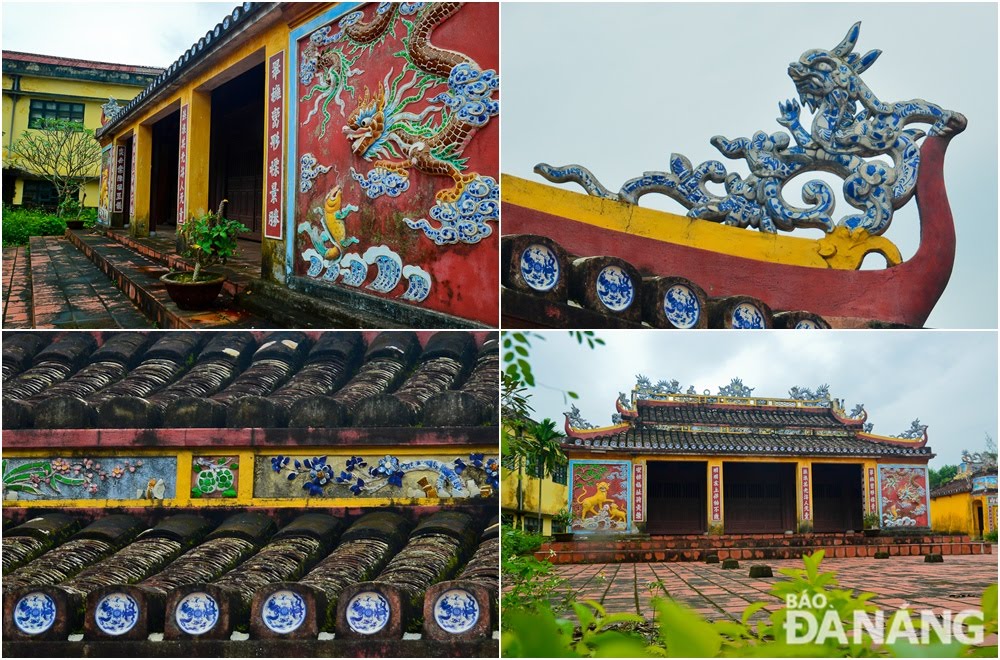 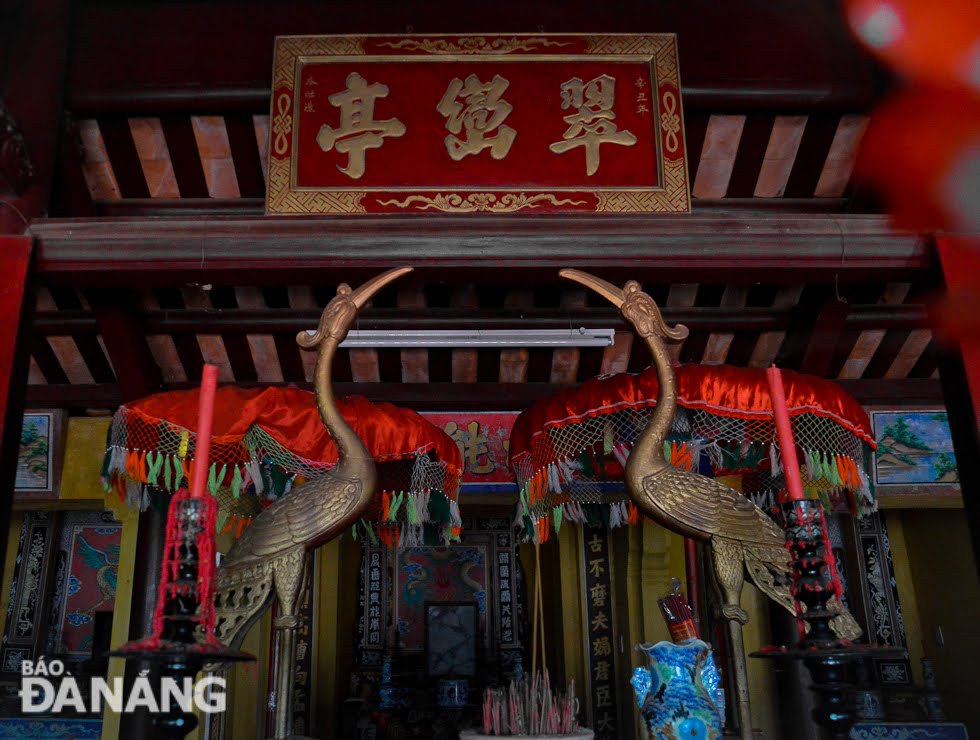 The altar in the main house.

Mr Dang Cong Tran, the manager of the Tuy Loan communal house, and a collection of royal honour-conferring diplomas from the Nguyen dynasty.

Worshipping houses of the village’s five predecessors with the last names of Dang, Lam, Nguyen, Tran and Le. 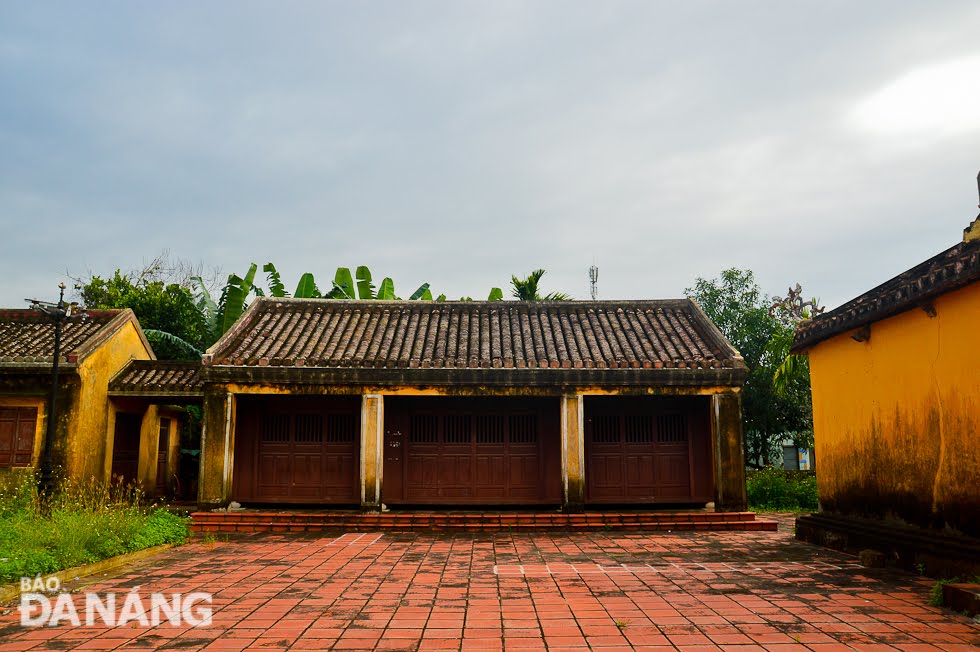 The archaic beauty of the worshipping houses.

To pray for peace and prosperity through the year, a traditional festival is held annually on the 9th and 10th days of the 1st lunar month at the village communal house. One of the festival’s most solemn activities is the procession of royal diplomas. 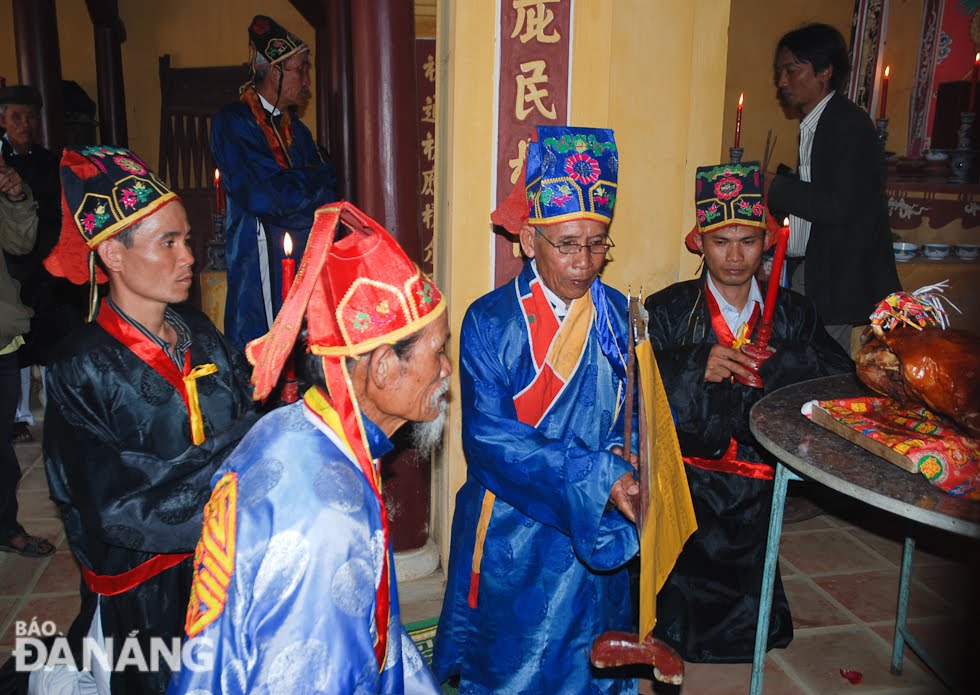 An incense offering ceremony in commemoration of national heroes and ancestors. 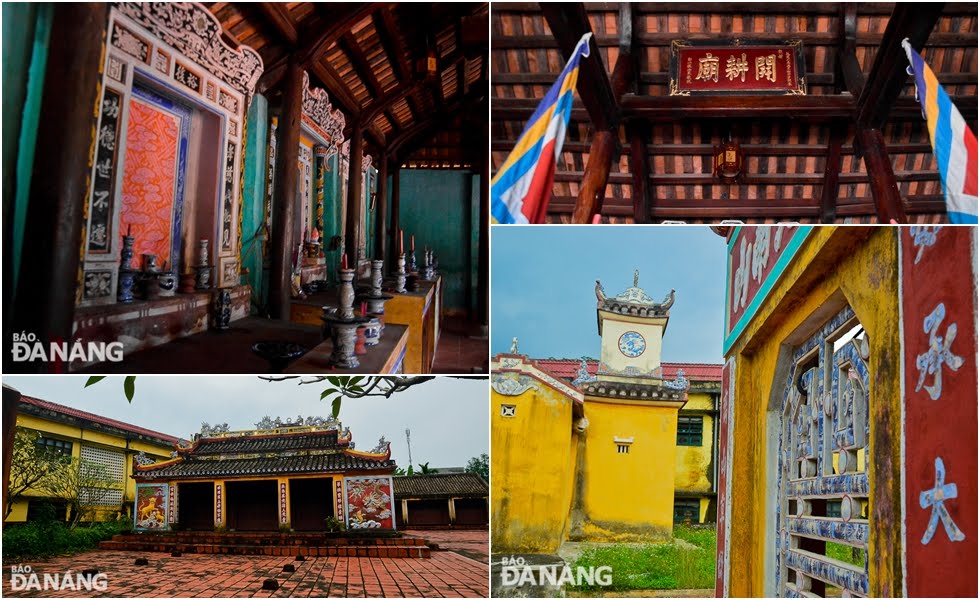 The Tuy Loan communal house was recognised as a national-level historical and cultural relic in 1999 by the Ministry of Culture and Information.