On the top of Son Tra mountain, there is a mysterious chessboard (also known as Ban Co), which is the highest point of the Son Tra peninsula. When visiting Son Tra peninsula surely, no one should ignore the place known as the roof of Da Nang. This is a place that evokes a bit of nostalgia during modern city life, here you will be immersed in nature. 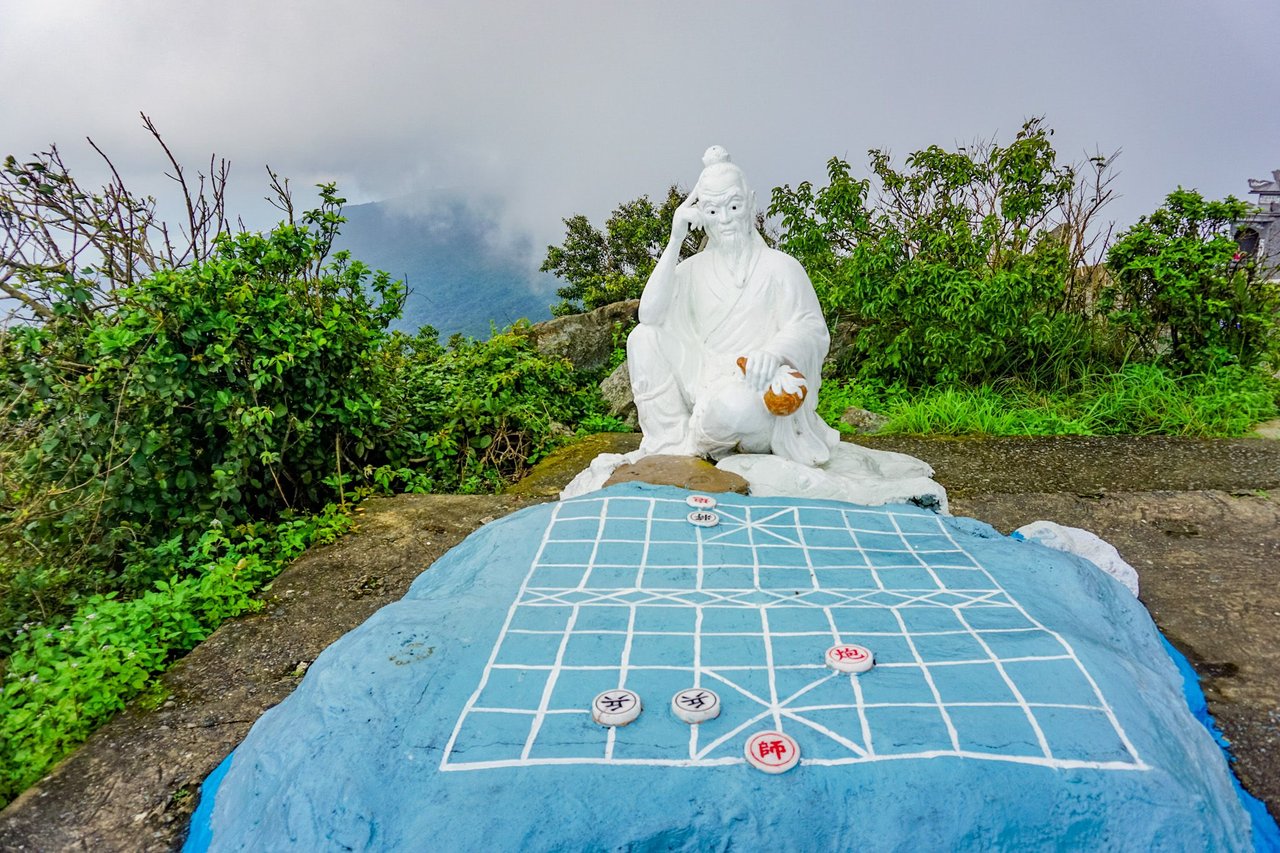 The legend of Ban Co peak

There are many different stories about the origin of Ban Co peak, and the most popular one is still mentioned nowadays. Once upon a time, there was an old fairy who came across Son Tra. Realizing the beauty of this land, he sat down on a large and flat rock at a mountain top to enjoy the scenery. While sightseeing, he created a Chinese chess board on the rock. 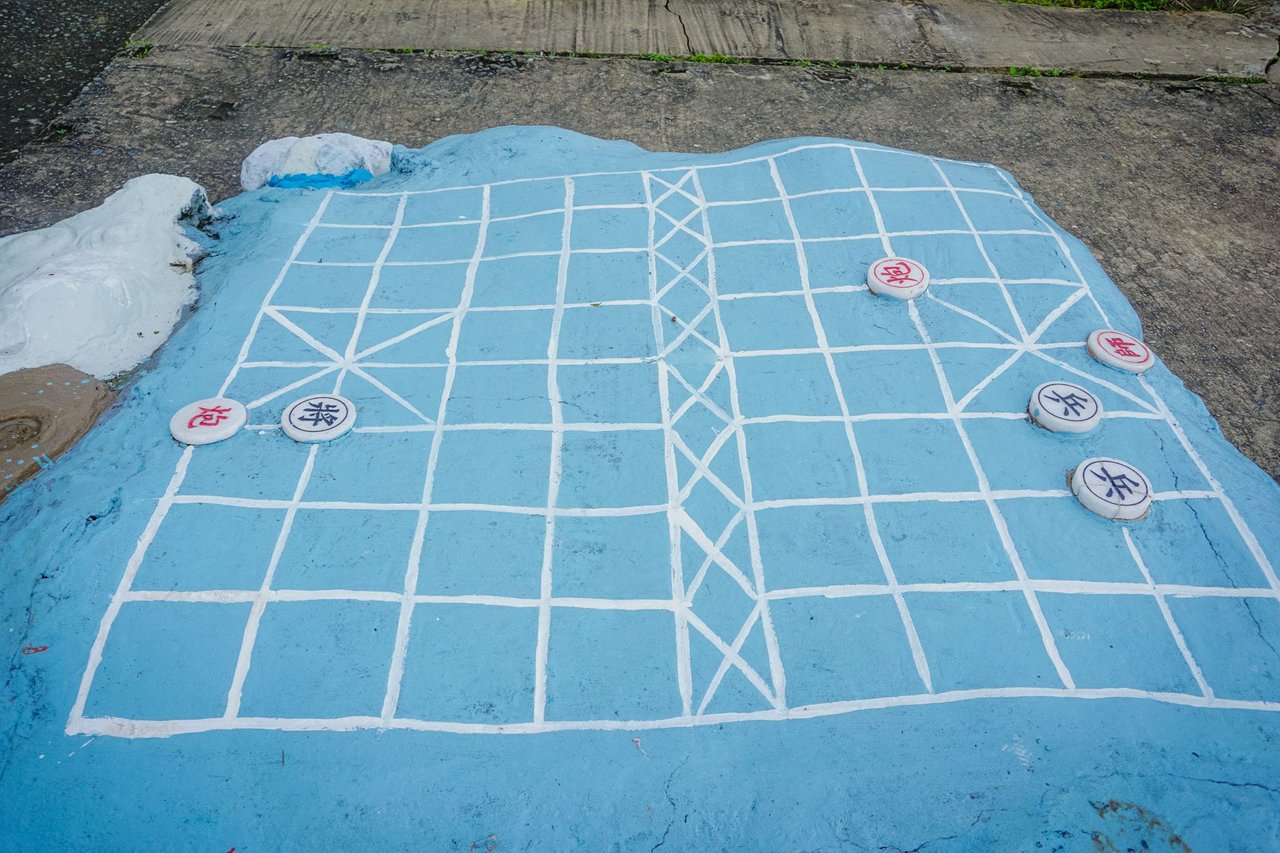 No longer had the chess board been arranged than De Thich, a famous chess player, came across and asked to join the game. So excellent were the two players that several days had gone but the chess game did not end yet. The fairy and De Thich continued to play chess in the calm and peaceful scenery of Son Tra day by day. 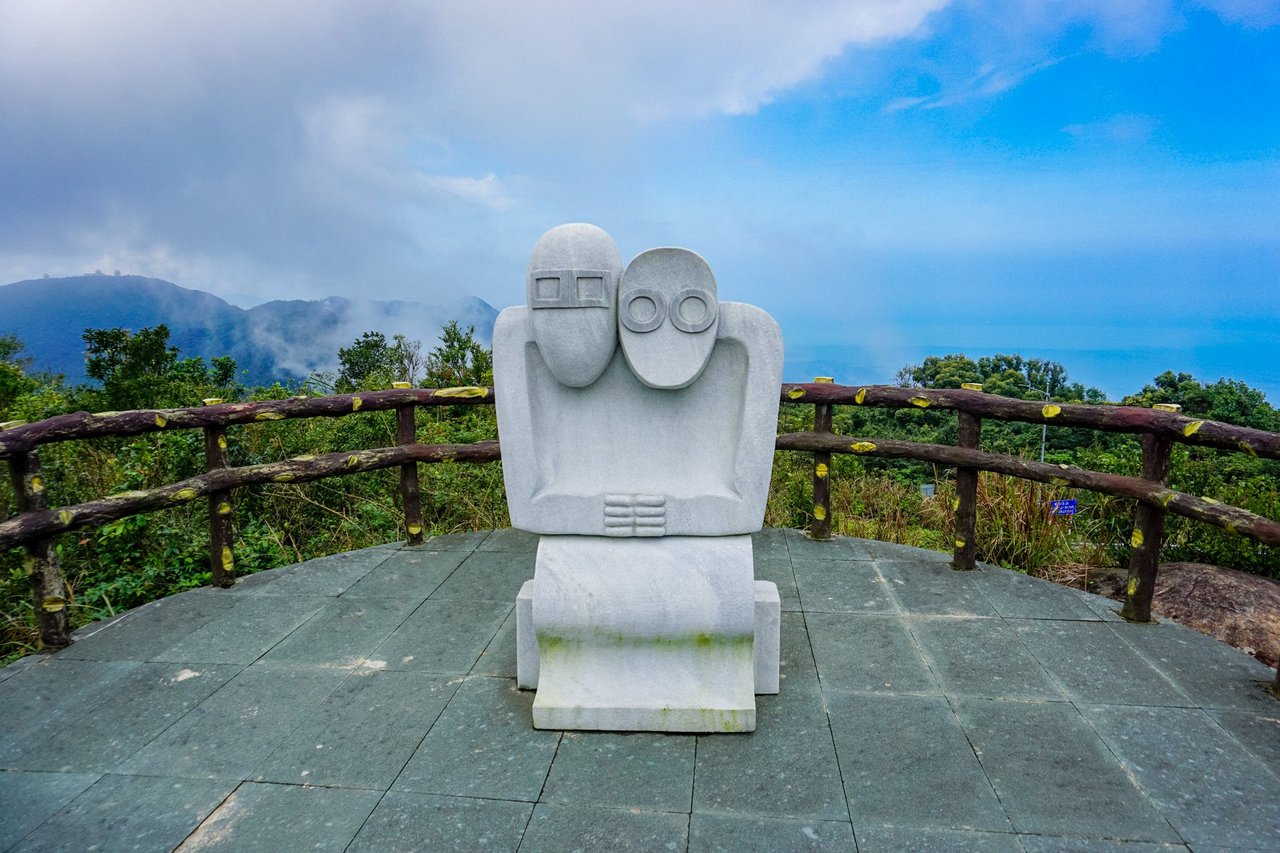 One day, from heaven, there were some beautiful fairies coming to a nearby beach. The beach nowadays is called by a beautiful name: “Tien Sa”, which means “visited by fairies”. After immersing in the crystal-clear water of Son Tra beach, the fairies came to the mountaintop surrounding the rock to see the game between De Thich and the old fairy. 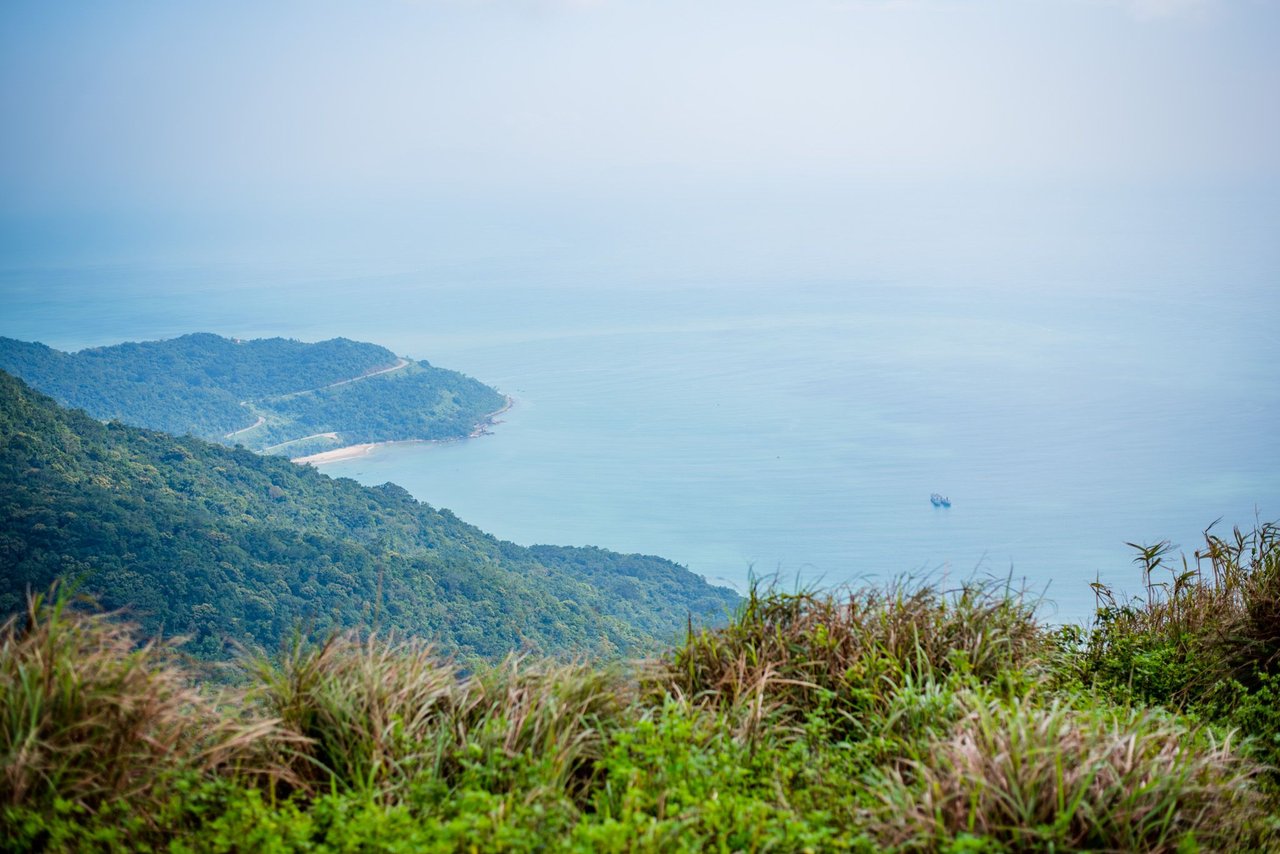 Unfortunately, some laughters of the fairies around interrupted and distracted De Thich, and he made a wrong move, which was the most suitable condition for the fairy to end the game. Winning the chess game, the fairy came back to heaven, leaving De Thich alone. De Thich tried to find a way to solve the game but he had not got the solution.

Afterwards, the local residents carved a Chinese chess board on a flat rock on the top of Son Tra peninsula to remind about the story. Next to the board, there is a statue of an old man sitting and paying attention to the chess board, which is the statue of De Thich. 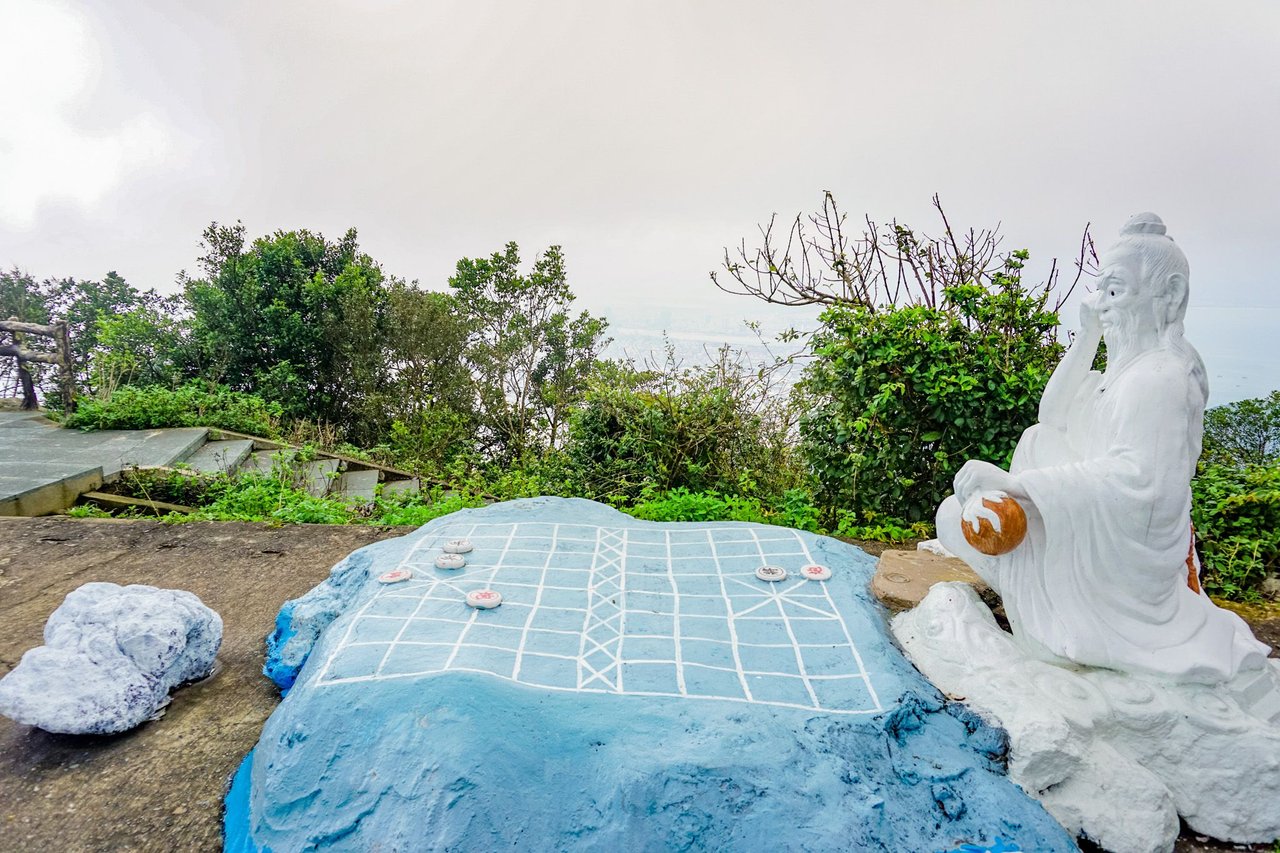 Ban Co peak in Son Tra peninsula is about 20 kilometers from Da Nang city center, and the way from the starting point of the peninsula to this peak is about 10 kilometers. On 700 meters high, this is still considered the highest place in the city. 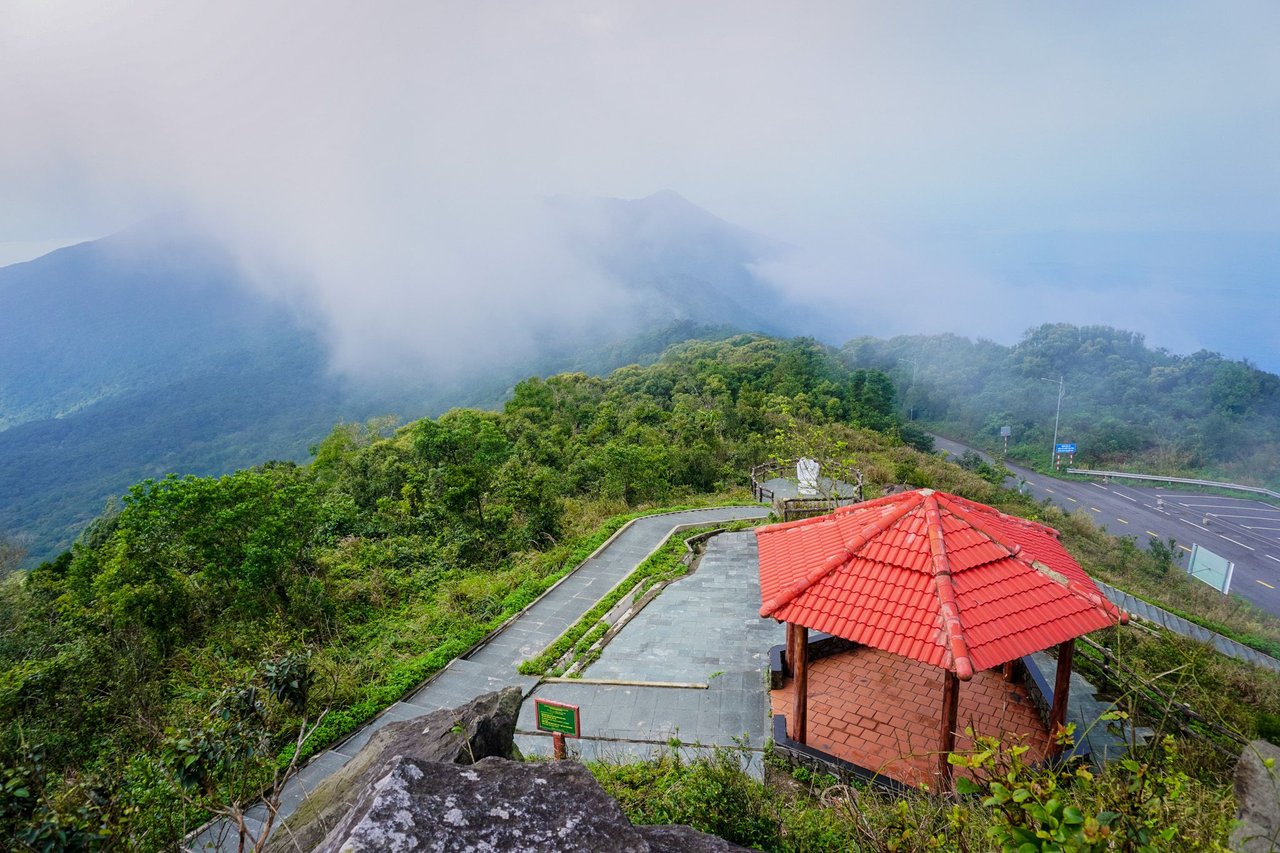 The road to the top always impresses, fascinated with the landscape, peaceful, gentle, full convergence of nature. The winding road along the mountains hugging the SSon Tra peninsula, flat, at the winding, sloping back half way up the mountain. Tilted to embrace the beach poetic, with virgin beaches, The deep blue water, clinging to the old trees and leafy foliage to shade, bringing the wind blowing from the sea to the mountains make the journey full of emotions, experience. 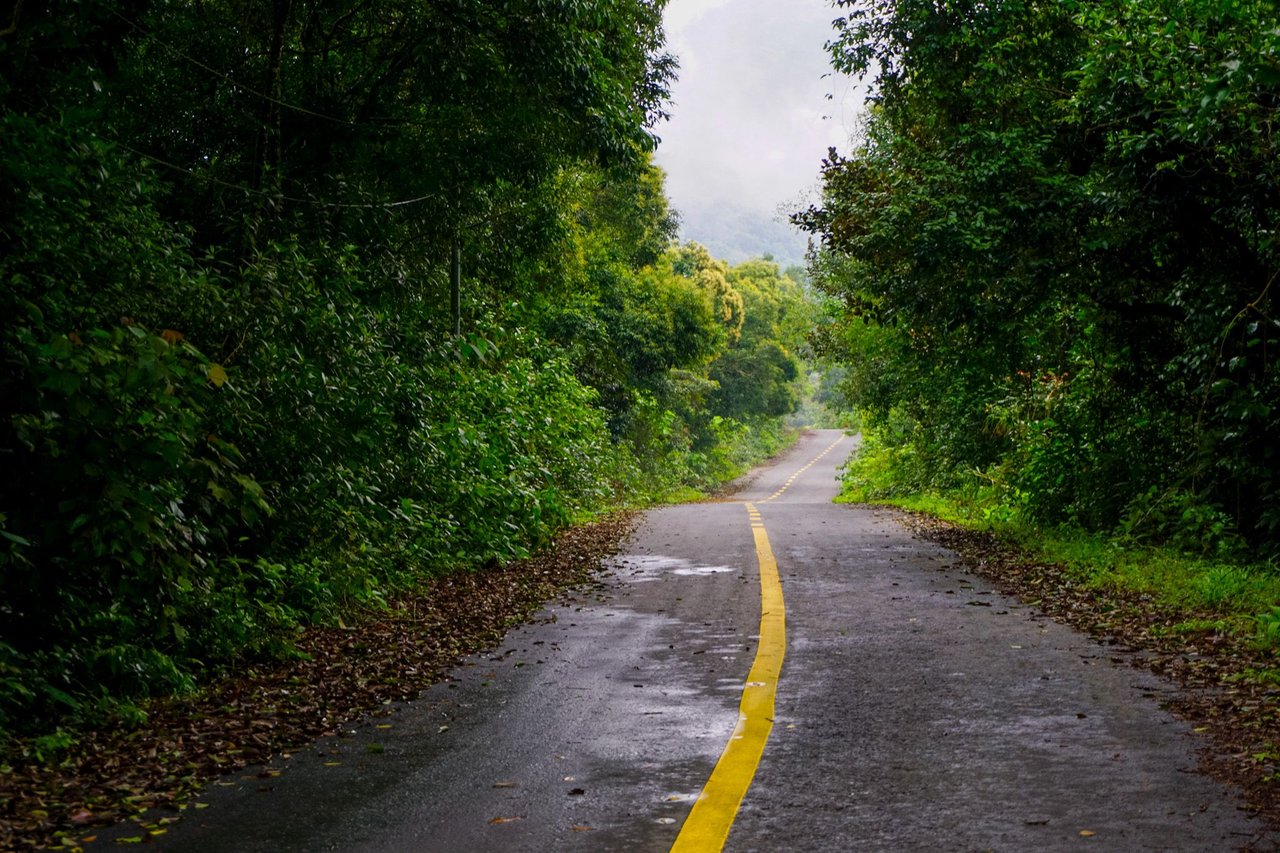 You ought to visit Ba Co peak on sunny days, because the road on rainy days is quite slippery and dangerous. The most suitable time to visit Ban Co peak is early morning when the whole city and Son Tra peninsula nature are still sleeping in glimmering sun. You should have time to return before 5 pm because the dark road will be very dangerous. 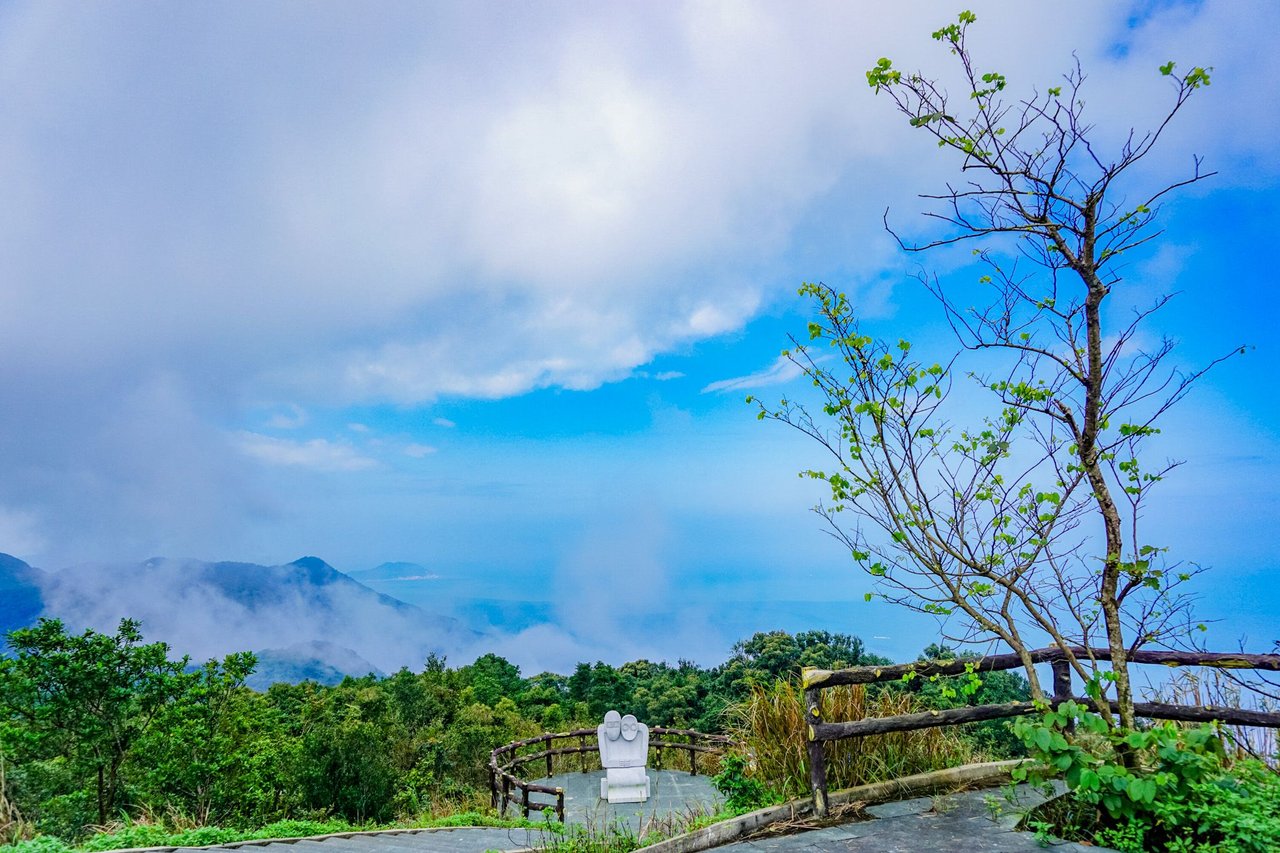 Because of its great location, Ban Co peak quickly becomes great spot to see the whole of Da Nang and also the most suitable place to watch the sunset and sunrise in the coastal city.

Watch the sunset in Da Nang

This peak is similed as one of the most perfect locations to admire the panoramic view of the red sunset in the sky of Da Nang. 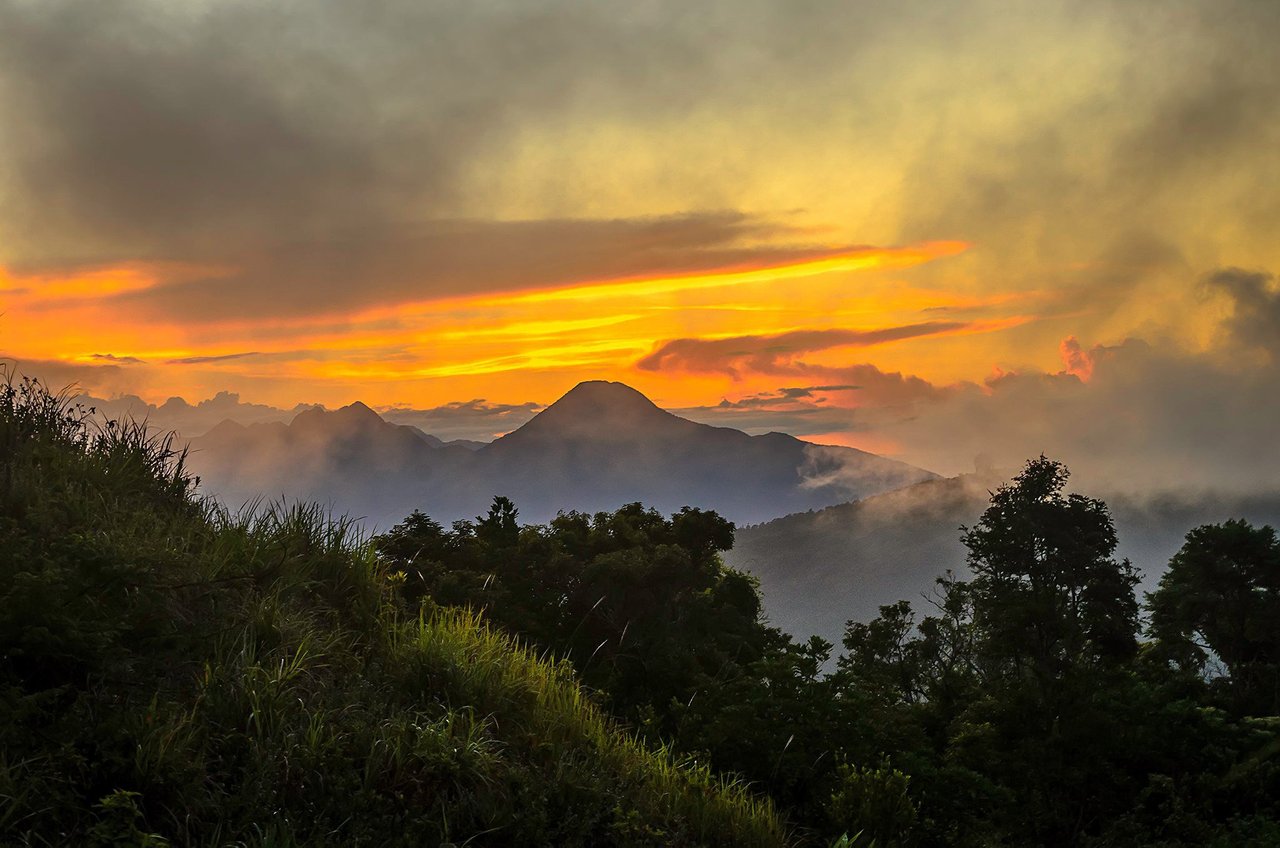 When the last lights of the day gradually fall, the city appears with a mysterious, fragile look. From here, you can zoom out into the distance, watching the Dragon bridge reach out strongly or the strait curves gently around. 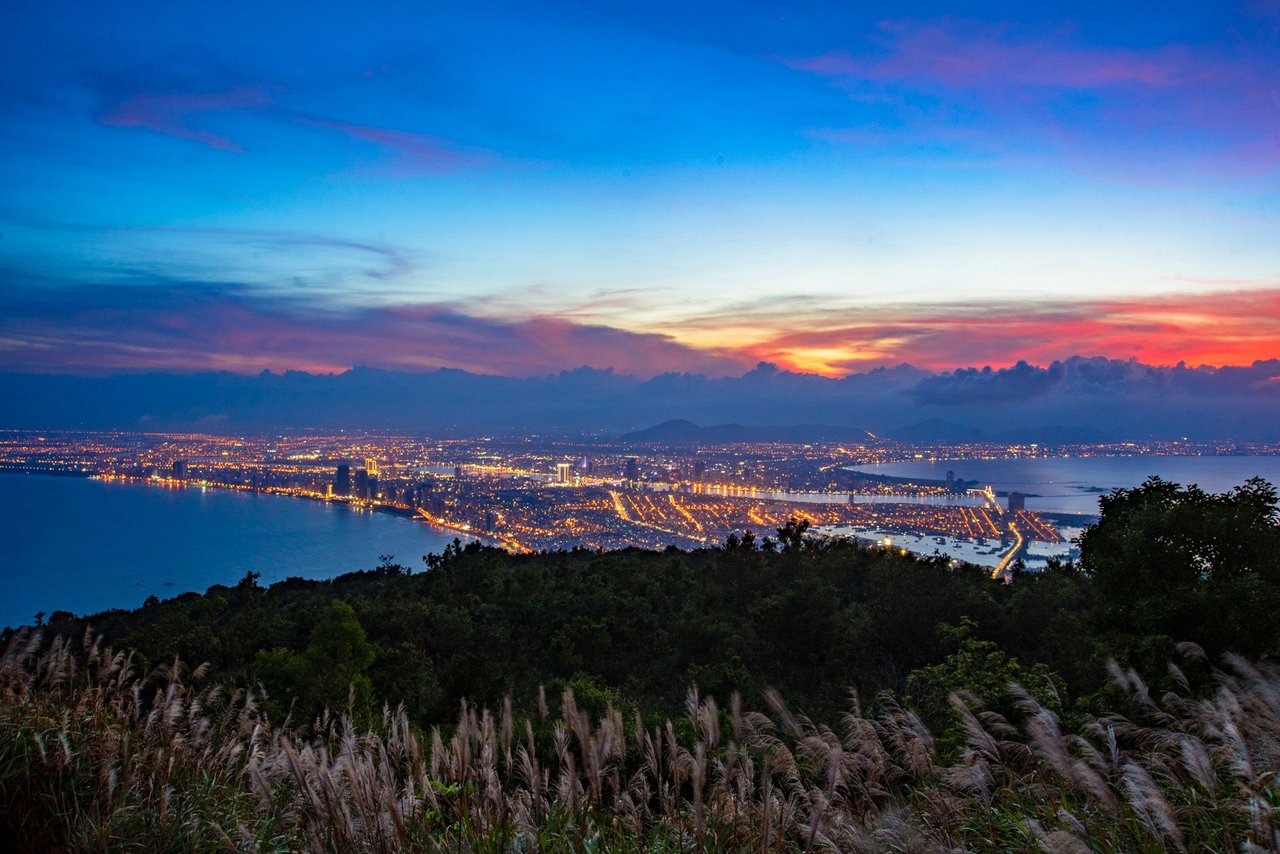 Admire the sunrise on the top of the mountain

Leaving behind the city has not yet woken up, covered with fanciful mists and inviting close friends to “hunt” the sunrise on the roof of the city is an unforgettable experience. 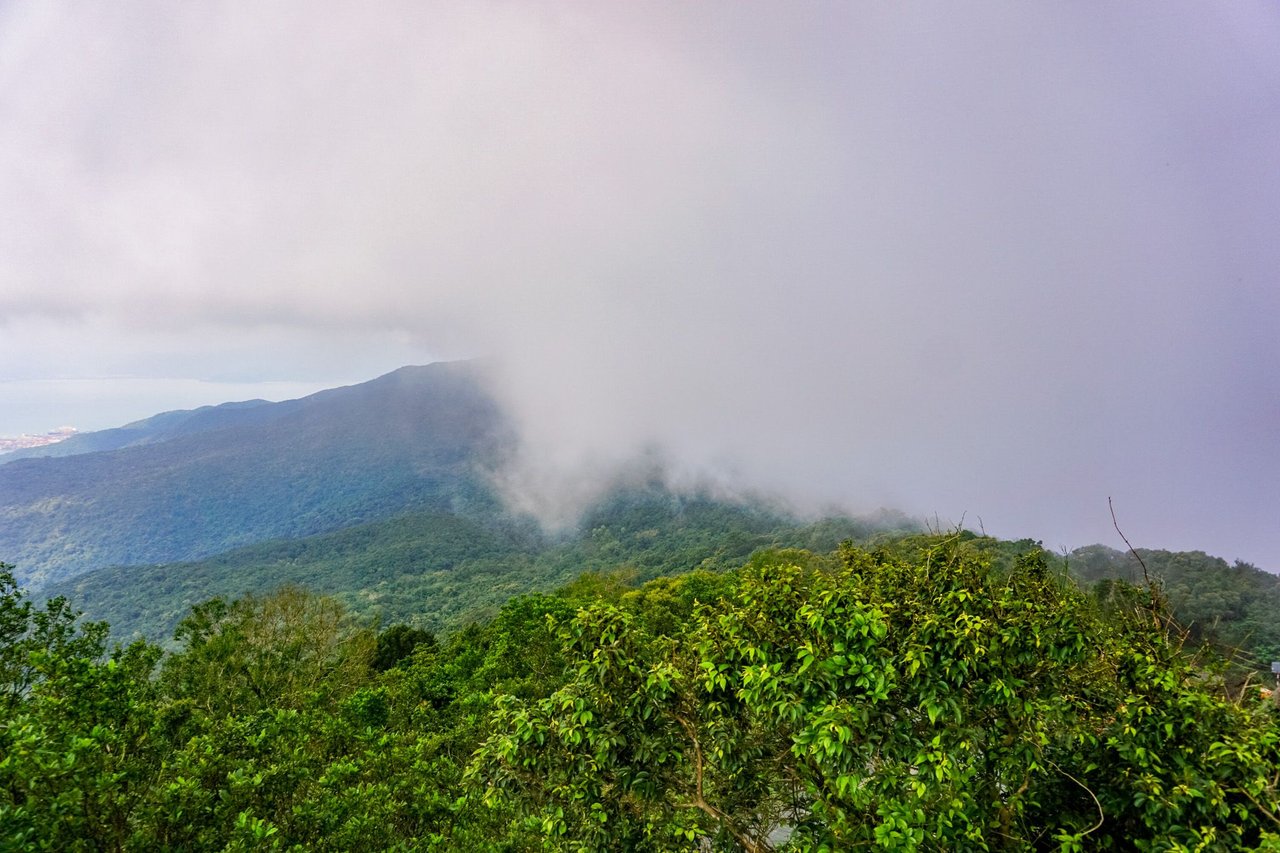 The sunrise on the top of the mountain is likened to an ecstatic painting with a blue sea shimmering on one side, and grass and flowers on the other. The orange and yellow color of the sun in the distance and the movement of the sun, will be a beautiful scene for you to enjoy the transitional moments of the day. 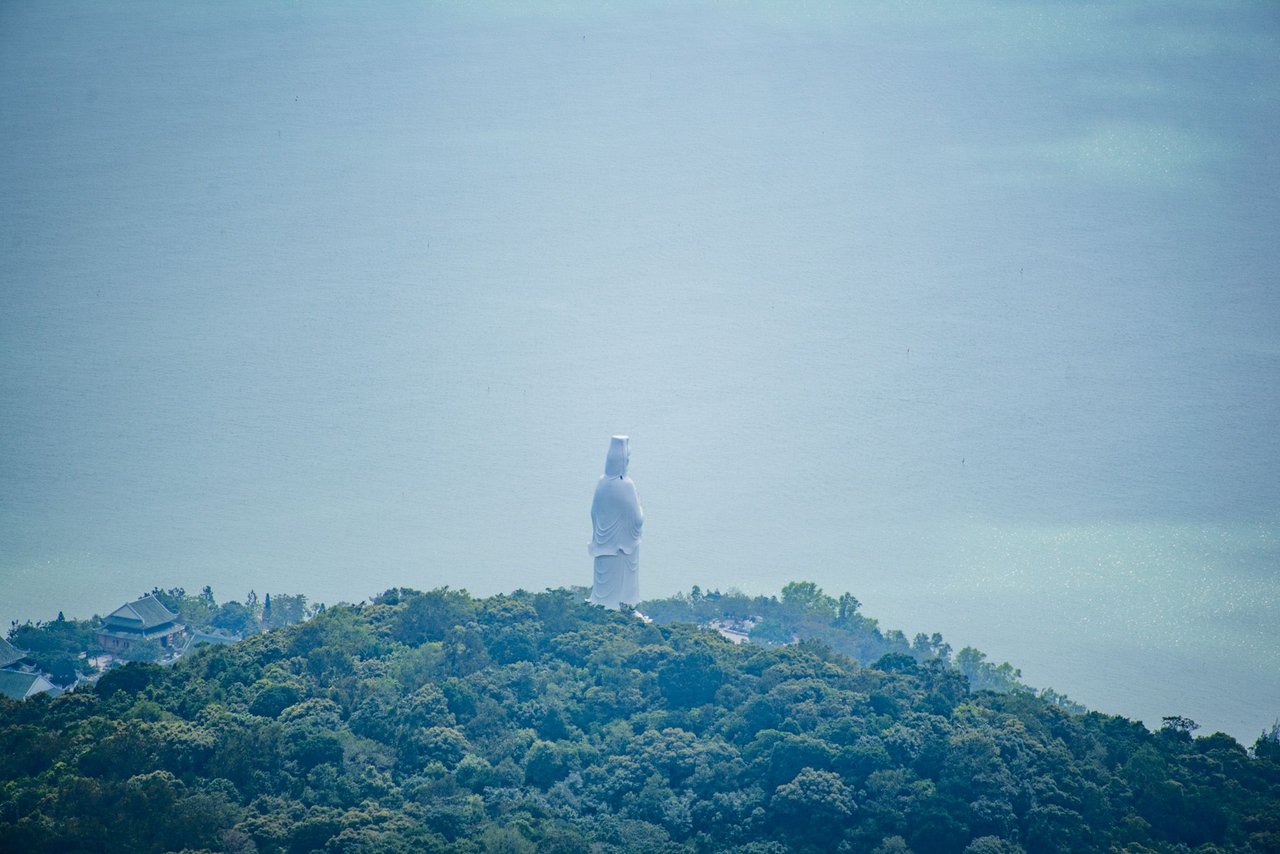 The road to the top has a small cafe and a few barbecue shops such as geese, geese and rabbits with affordable prices that will surely excite you while admiring the beautiful scenery and enjoying delicious food.

Looking down from the top of the mountain, you will be overwhelmed by the beauty of the ocean. The ripples gently lap and wind along the mountainside, blending with the green of the mountains and the white clouds floating to create a romantic picture. Standing on a par with heaven and earth, you can fully admire the majestic picture of Son Tra mountains and forests. There is a mixture scene of skyscrapers, bridges crossing the Han River, boats floating on the sea but at different times, you will enjoy a separate scene. 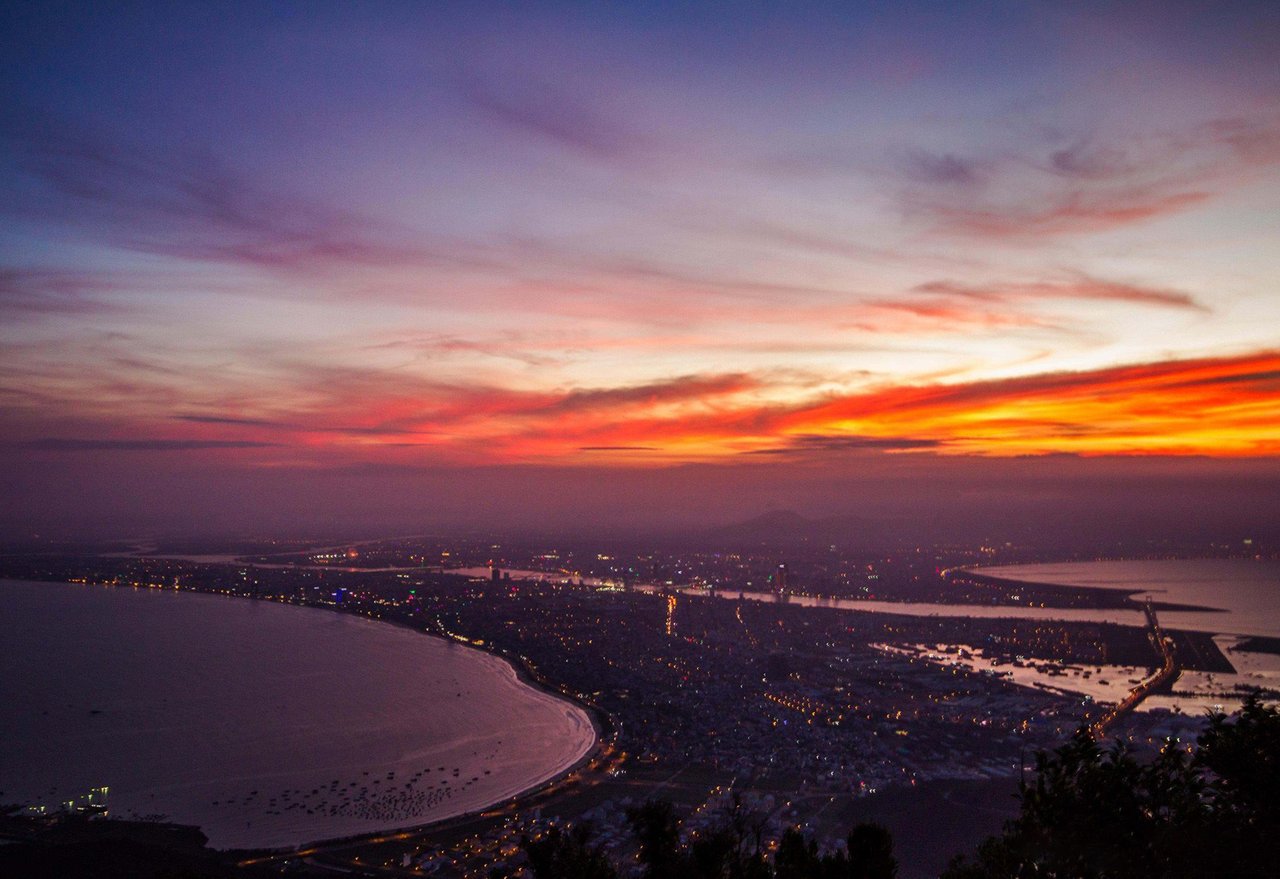 I hiked from downtown of Da Nang to this peak. Somehow it took about 7 hours. I swear I was hiking, not crawling. You can see Da Nang city from the peak. Beautiful statue of an old man playing Chinese chess. The scenery at night even more beautiful with Da Nang lightened up. The people are so friendly and nice. My phone died when I got to the peak and there was no way to contact my friend. The guy who looks after the motorbikes, lended me his phone and asked one other guy who rode a bike himself to take me down to the city.

Ban Co Peak is actually a really small area which requires a little bit of climbing to get up. But the 360 degree panorama is really nice. You can see the city of Da Nang on one side and Hai Van pass on the other.
It was getting a bit cloudy when I arrived, however, so the view wasn’t as pristine as I had hoped. But the drive getting here was the fun part!

Nice peak with great views.
My family have been here a few times. Sometimes there is a guy that makes chess pieces for the stone playing board, but locals and tourists often take the pieces so you may find it empty…

Getting to Ban Co peak 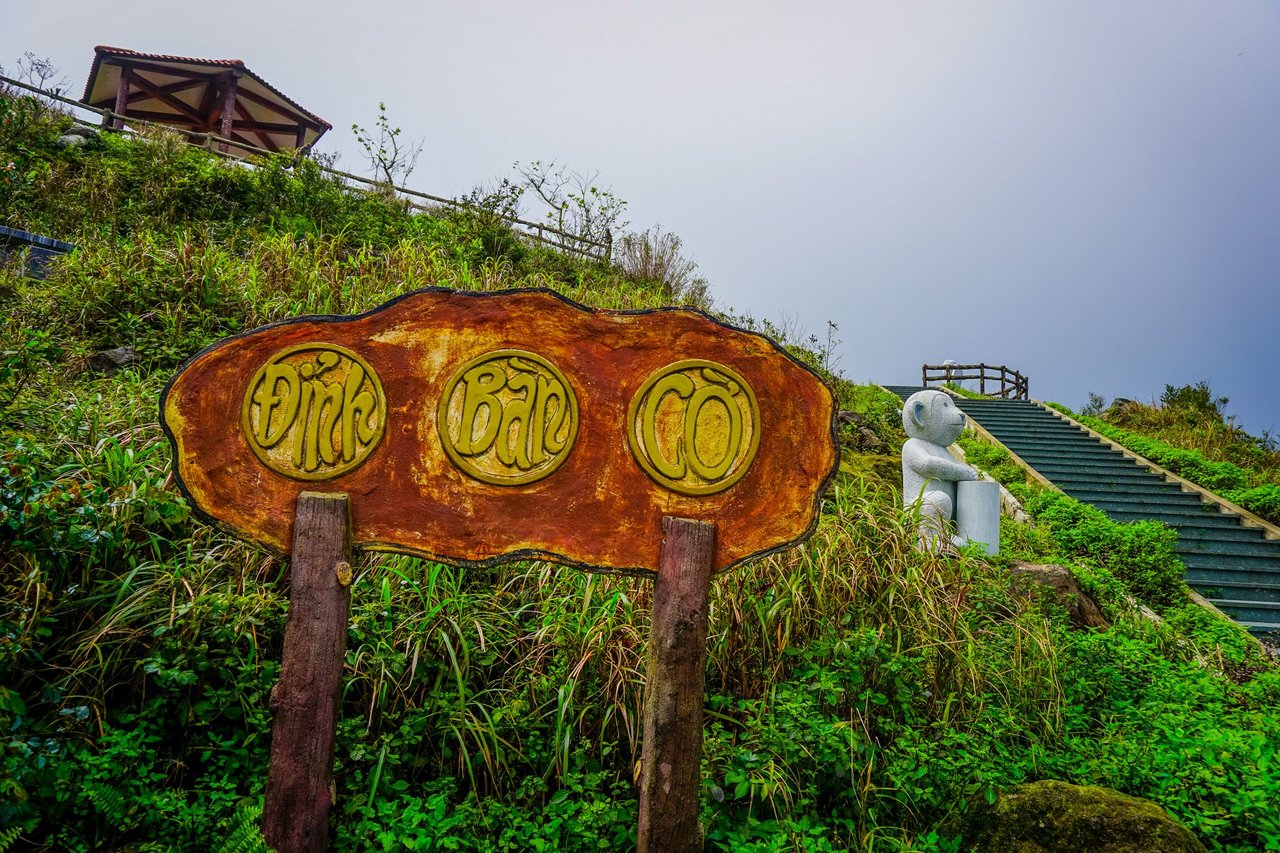 It is the impressive beauty of the “rooftop” of Da Nang that many people flock to the city with the desire to conquer this masterpiece. So how is the way to the top of Ban Co peak? From the city center, you can go in 2 ways:

Going to the top of Ban Co peak by motorbike is the great choice of young people. You should move at a slow speed, steady handlebars because Ban Co peak slope is quite vertical so it’s little dangerous to move up and down. If you travel in a group and are unfamiliar with the roads to Ban Co peak, you should rent a private car instead of self-driving 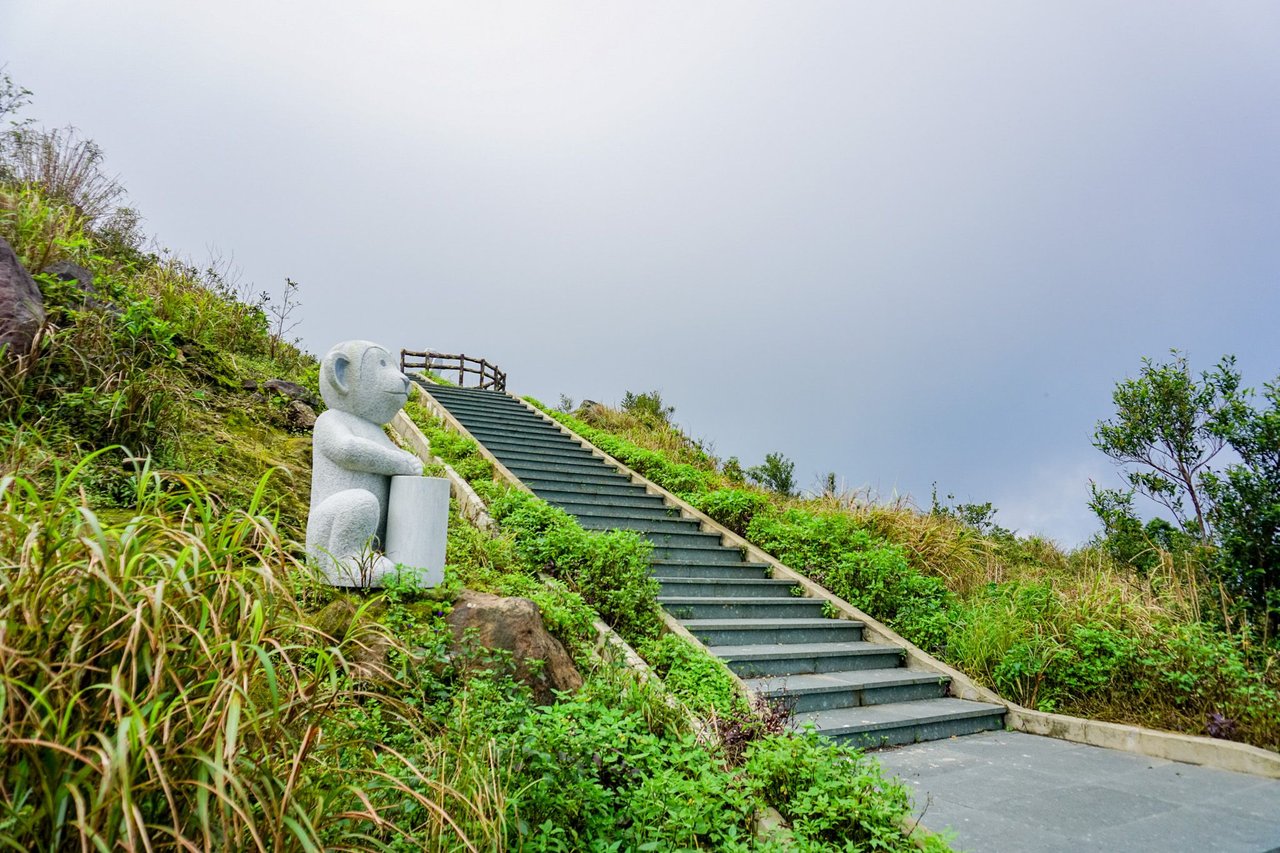 Ban Co peak in Son Tra peninsula is the best location for sightseeing in Da Nang. Here you will have a good opportunity to overlook the whole city. After a long-way journey, Ban Co peak with its imposing view is a fit present for all your attempts. If one day you visit Da Nang, don’t forget to take a trip to this wonderful destination.

Gieng Troi (The Well of God)